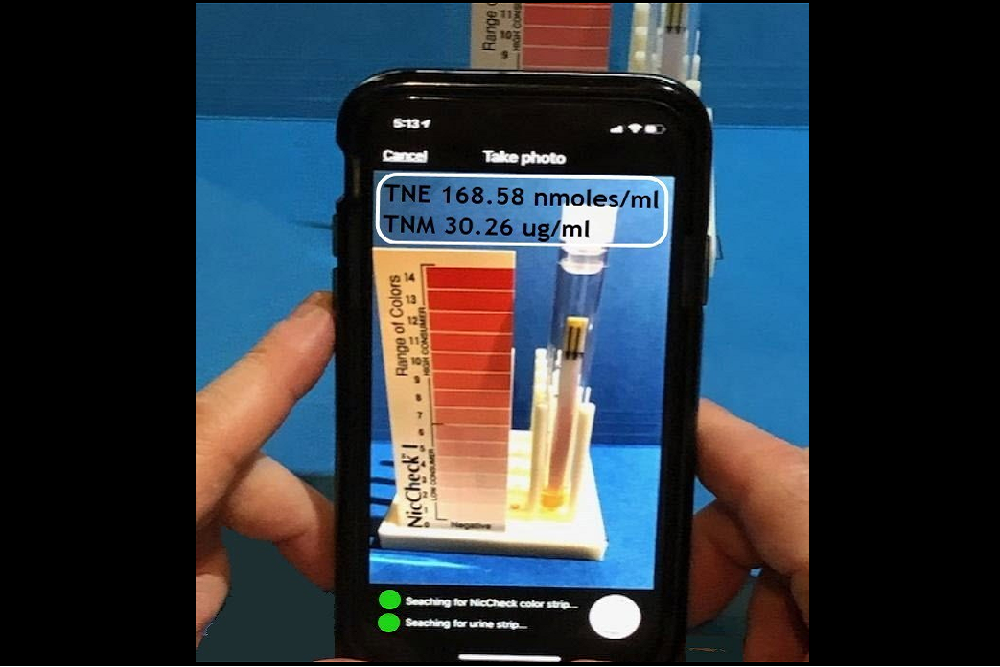 According to the Centers for Disease Control and Prevention (CDC), as of November 5th the number of vaping-associated illness has risen to 2,051 with 39 deaths.  The specific cause of these deaths and vaping-associated diseases remain unknown but FDA and CDC officials are recommending vapers "consider refraining from" using their e-cigarettes.

Juul is the present leader in the e-cigarette market, with a 75% market share.  Their nicotine cartridges or "pods" contain 56 mg of nicotine per milliliter of pod liquid, approximately equivalent to a pack of cigarettes.  Many users vape 2 or 3 pods per day or more and receive very large nicotine doses.

IntelliQuit, is a leader in tobacco treatment products & services.  The IntelliQuit Mobile App (available the Apple App Store) enables cloud-based nicotine monitoring for all tobacco users, vapers and their health care providers.  "The IntelliQuit mobile app was developed by a team of tobacco treatment experts, computer scientists, chemists, and physicians and leverages an FDA cleared, CLIA waived technology, allowing any tobacco user with their physician or other health care provider to measure all nicotine consumed from any source, including e-cigarette vaping", said Matthew Bars, MS, CTTS, NCTTP IntelliQuit's CEO and co-founder, and Director of the Fire Department of New York City's Tobacco Treatment Program.  "Many vapers have come to us concerned about their vaping.  They don't want to go back to combustible cigarettes but are at a loss at what to do.  It is not uncommon for many vapers to consume more nicotine than they did while smoking.  Nicotine does not directly cause disease and death, but it does cause and maintain addiction.  As a clinician it is helpful to know how much nicotine the e-cigarette vaper is actually consuming biochemically.  That way, we can plan and monitor treatment", he continued.  A board-certified Tobacco Addiction Specialist, Bars has treated tens of thousands of smokers.  He is also an editor of the Journal of Smoking Cessation and the Journal of Medical Internet Research.

The app works by measuring color changes-more nicotine produces an increasingly darker reddish pink color.  Color changes are read by the smartphone via a process called computer vision.  Using neural network architecture and deep machine learning, the resulting color map is read by the smartphone and uploaded to a HIPAA compliant cloud which returns the biochemical nicotine value to the user in seconds.

The IntelliQuit Mobile App was designed with the smoker in mind and works well in a hospital, physician's office or a telehealth setting.  CPT and HCPCS codes reimburse as much as $100 or more for each test.  "We are in the midst of a health crisis-concerning both vaping and combustible tobacco.  Our hope is that significant insurance reimbursement and the ability to customize or titrate treatments to the individual vaper or tobacco user will engage more physicians and medical centers in providing tobacco dependence services to smokers and vapers alike", Bars said.

More than 47 million Americans and 1.3 billion people worldwide still use tobacco and many began vaping to help them stop smoking. Without new and improved ways to engage the user, tobacco is expected to kill 1 billion people this century" he continued.  Thursday November 21st is the Great American Smoke-Out, an opportunity for both smokers of combustible tobacco and e-cigarette vapers to quit.

For some that is easier said than done.