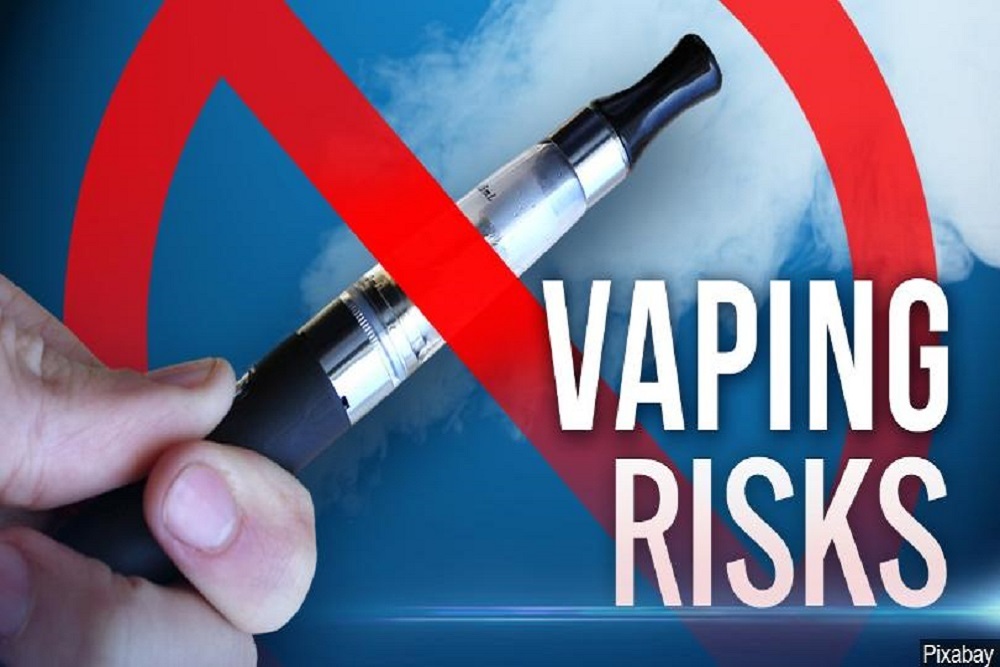 In an unprecedented action, the Montgomery County District Attorney filed a civil complaint in the Court of Common Pleas against vaping industry giant JUUL, Inc. to hold the company responsible for its illegal, predatory business practices aimed at turning minors into addicts, it was jointly announced today by District Attorney Kevin R. Steele and special outside counsel Saltz, Mongeluzzi, Barrett & Bendesky, P.C. (SMBB).

"This lawsuit is necessary to protect the health and well-being of Montgomery County residents, most importantly, impressionable and vulnerable minors who have been targeted by JUUL, turning them into nicotine addicts to keep them coming back for the company's own monetary gain," said Steele in announcing the civil lawsuit. "We intend to hold the defendants accountable for their misconduct that has unquestionably created and perpetuated a widespread public health crisis with devastating consequences. We seek to put a halt to JUUL's egregious sales and marketing tactics, the illegal sales to minors by retailers in our county and demand they remediate the harm their conduct has caused in our communities."

Steele, the chief law enforcement officer of Pennsylvania's third largest county, asserts that JUUL has "turned a generation of minors into addicts, constantly craving a hit of nicotine" and needs to be held accountable for their actions by funding high-demand county addiction treatment services along with educational outreach programs in order to abate the well-documented public nuisance JUUL has caused within Montgomery County and across the United States. As for the two named defendant-retailers in Montgomery County, Steele said they were both cited by federal authorities following a national sting operation in 2018 for illegal sales to minors of JUUL and other e-cigarette products.

The District Attorney's Office has engaged the services of outside counsel with expertise in this type of civil litigation. The county's legal team is headed by SMBB partners Patrick Howard and Simon B. Paris, who are based at the firm's Horsham office in Montgomery County, from where they direct their consumer protection/class-action practice.

"Under the terms of the District Attorney's engagement with these firms, the outside law firms will only receive compensation if the litigation is successful," said Steele, "and those proceeds would come from the defendants and not taxpayers."

According to the complaint, JUUL's violations of state law stem from their false and misleading marketing campaign designed to entice minors to vape, knowing they would quickly become addicted, while knowingly concealing the actual potential harmful health effects and addictive characteristic of their products.

Howard, of SMBB, said, the civil complaint outlines in detail the claims and basis civil penalties for JUUL's egregious conduct. "The harm inflicted on the youth of Montgomery County is clearly evident. For instance, a 2017 public student health assessment revealed that that 25% of all high school students and nearly 7% of all middle school students in Pennsylvania had vaped within the previous 30 days of being surveyed. And for senior high school students in Montgomery County that number increased to 32.3%," said Howard. "The problem is so pervasive that the county's Upper Dublin School District decided last year to prohibit students from bringing USB drives to school after officials learned their school-issued laptops were being used to charge JUUL products that resembled flash drives."

The civil penalties and abatement costs sought would be applied, in part, to paying the costs of programs for:

With studies indicating that one-third of Montgomery County teens are vaping and/or using JUUL products, Steele said parents should take note that a single JUUL pod contains as much nicotine as a pack of 20 regular cigarettes, a fact contained in a helpful online "Vaping Toolkit," created by the Montgomery County Office of Drug & Alcohol. The toolkit, filled with helpful information for parents, educators, schools and healthcare providers, can be found at www.montcopa.org/vapingtoolkit.