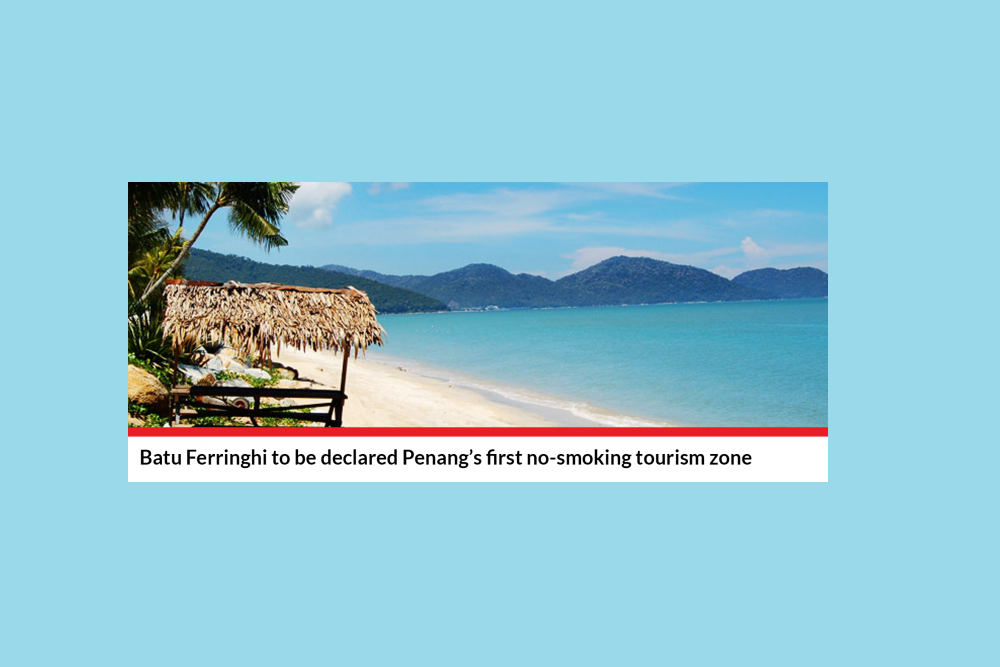 Batu Ferringhi, which spans 7km, will be gazetted as Penang’s first no-smoking tourism zone by next month.

State health committee chairman Dr Afif Bahardin said this is in line with the state’s clampdown on smoking.

“Offenders would be fined,“ Afif said, adding that under current public health laws, those caught smoking in banned areas could be fined up to RM10,000 or two years of imprisonment.

Afif said the state also plans to create a non-smoking in each of the five districts.

He added that Penang is seeking for more federal allocations to upgrade its public hospital here as it is the main referral medical centre in the northern region.

Afif suggested that more funds should be allocated under Budget 2020. He said alternatively Penang could use its 4Ps resources to achieve its goal as the most livable state in the country.

The four Ps are the people, public, private and professionals.