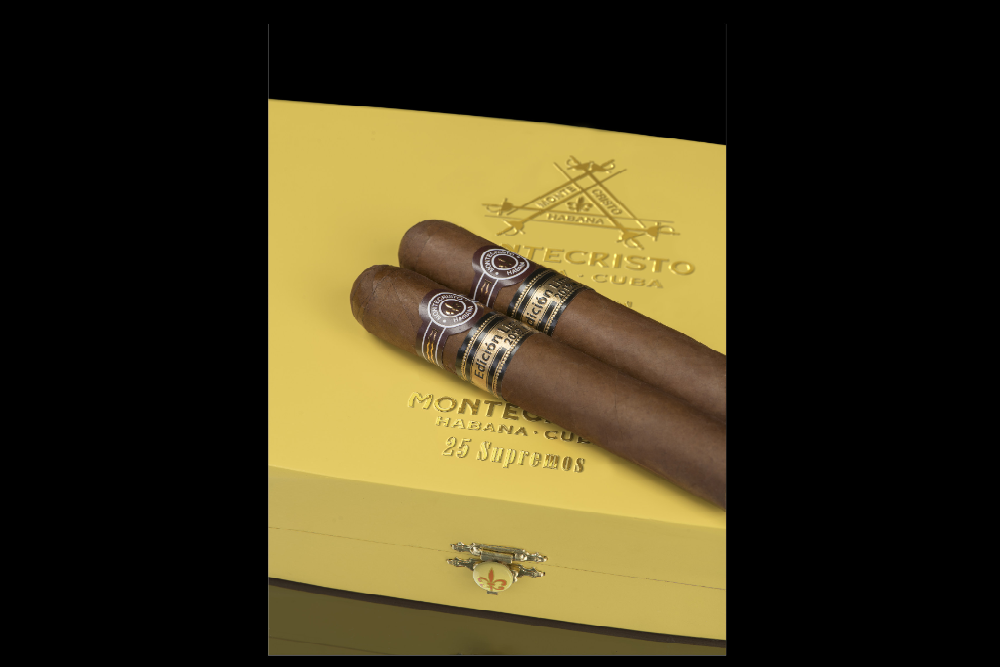 - This new Edición Limitada - Limited Edition will be marketed in the following months and in very limited quantities, at all the points of sale around the world

This release will be presented in a special case designed with the brand's characteristic colours including 25 Habanos made "Totalmente a Mano con Tripa Larga" -Totally by Hand with Long Filler, following a careful selection of the wrapper, filler and capote leaves from the Vuelta Abajo* region, considered to be the best land in the world for growing tobacco.

The presentation of Montecristo Supremos will take place on 6 July at the Lanciano Forum, in the Italian region of Matélica where around 450 guests will have the privilege of delighting in this new Montecristo Habano Limited Edition. This will be the second world premiere Habanos launch hosted in Italy, given that in 2016, Romeo and Julieta Capuletos were first released in this country too.

Limited Editions Habanos are highly appreciated and anticipated by cigar enthusiasts every year, and even more so when this is a new vitola from one of the world's benchmark Habano brands. Montecristo Supremos, with a 55 x 130 mm, is the Montecristo with the heaviest ring gauge launched to date.

The Montecristo brand owes its name to the novel "The Count of Montecristo" by Alexandre Dumas. This is one of the most renowned and appreciated Habanos brands worldwide. This benchmark for Habanos flavour was first introduced in the Cuban magazine "Habano" in 1935. Thanks to its distinguished aroma and its "Long Filler" vitolas made totally by hand with leaves from the Vuelta Abajo* region, this Habano has captivated the most experienced smokers. Montecristo progressively began completing its portfolio, originally made up of only five vitolas, gradually filling out an offer that currently covers the tastes of the most demanding smokers. Today, the brand has vitolas ranging from the majestic Montecristo A, to other smaller formats such as the Montecristo Joyitas.

Diadema S.p.A. is the Italian leader in the marketing of Premium cigars and has a distribution network in Italy with over 2,000 tobacconist's shops, including 3 La Casa del Habano and 100 Habanos Specialists stores.

For more information, go to www.diademaspa.it