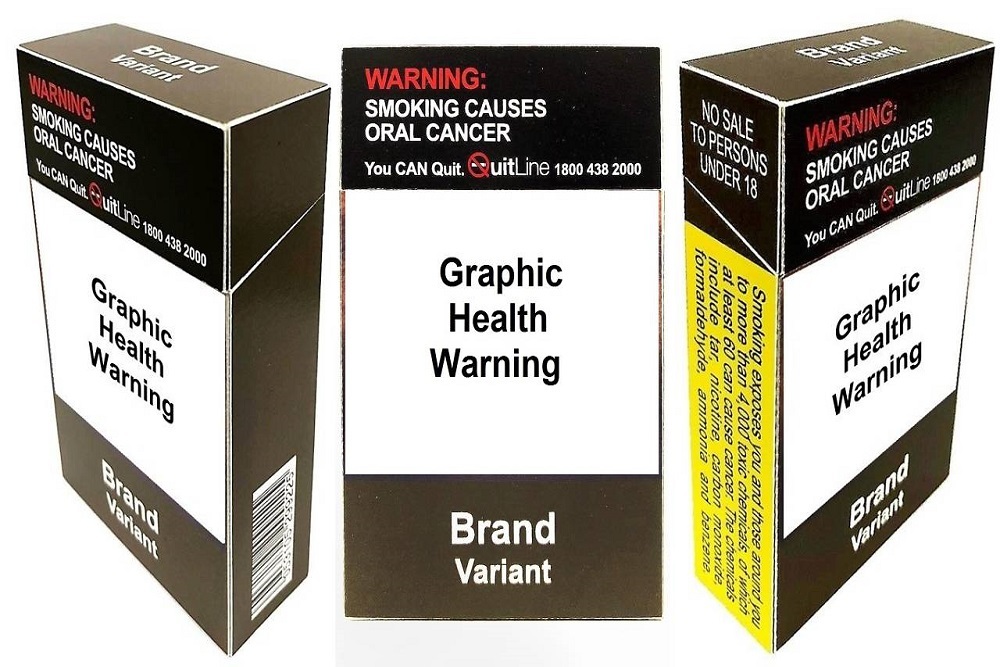 Tobacco products sold in Singapore must have standardised packaging and enlarged graphic health warnings from July 1 2020, the Ministry of Health (MOH) said in a statement Monday (July 1).

MOH announced the decision to implement the changes, collectively known as the SP Measure, for all tobacco packaging on Oct 31, 2018.

This was after extensive review of local and international studies, research and evidence on the SP Measure, and several rounds of public consultations.

Product and brand names will be allowed in a standardised font style and colour.

The minimum size of graphic health warnings depicting the ill effects of smoking, such as gum disease, will also be increased to 75% of the packaging surface, up from 50%.

The Tobacco (Control of Advertisements and Sale) (Appearance, Packaging and Labelling) Regulations 2019 (SP Regulations) were gazetted on Monday and will come into operation 12 months later, on July 1, 2020.

Tobacco products that comply with either the current regulations under the Tobacco (Control of Advertisements and Sale) (Labelling) Regulations 2012 or the SP regulations can be imported, sold or distributed in Singapore during a transition period from April 1 to June 30, 2020.

MOH said the transition period will help tobacco manufacturers, wholesalers and retailers adjust to and prepare for the full implementation of the SP Measure.

“The SP Measure for tobacco products will, in conjunction with other tobacco control measures, contribute to achieving broader tobacco control aims such as discouraging non-smokers from picking up smoking, encouraging smokers to quit, and encouraging Singaporeans to adopt a tobacco-free lifestyle, which will ultimately lead to reduced smoking prevalence,” said the ministry.

Those with a prior qualifying conviction will face heavier penalties.