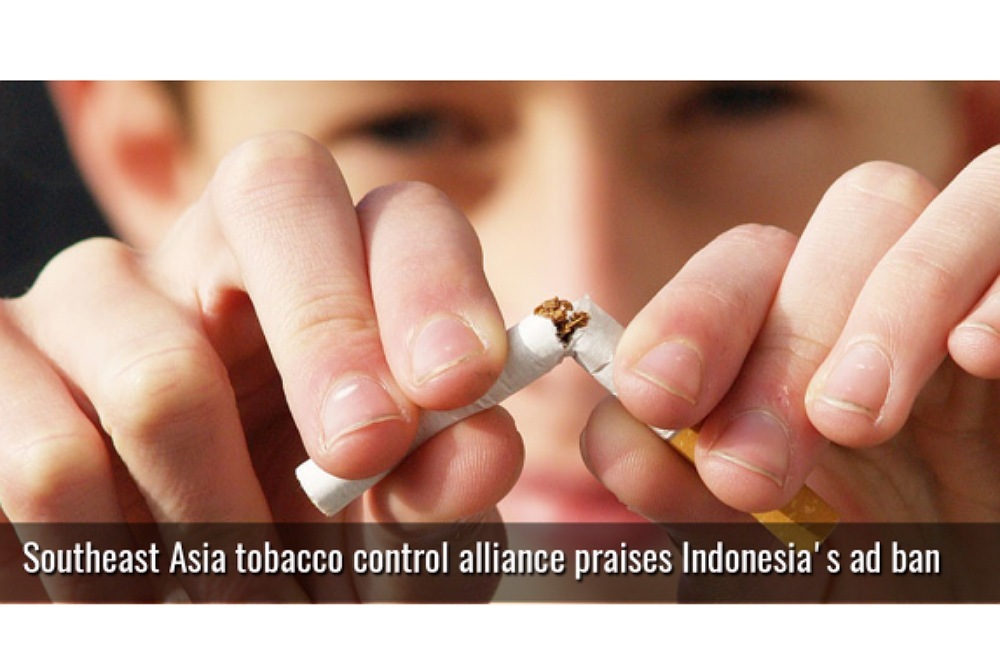 The Southeast Asia Tobacco Control Alliance (SEATCA) has applauded Indonesia for its move to block online cigarette advertising, as an attempt to protect young people from being exposed to tobacco, and urged other countries to follow suit.

“All countries, especially in the ASEAN region, should establish and strongly enforce a ban on tobacco advertisements across all digital and social media platforms,” SEATCA executive director Ulysses Dorotheo said in a written statement made available to The Jakarta Post on Monday.

He pointed out that tobacco use remained a leading cause of preventable, premature death in the world–killing around 8 million people annually worldwide.

In Indonesia, there are around 66 million active smokers, about 66 percent of whom are adult male.

More than 230,000 Indonesians are killed by tobacco use annually, accounting for approximately half of the tobacco deaths in the ASEAN region where tobacco use kills roughly 500,000 people per year.

Previously, Health Minister Nila F. Moeloek said the prevalence of young smokers aged 10 to 18 years old had increased from 7.2 percent in 2013 to 9.1 percent in 2018.

“We hope by blocking cigarette advertisements on the internet we can reduce the smoking prevalence, especially among children, Nila said, adding that three out of four teenagers knew about cigarette advertising from online media.

A study conducted by the London School of Public Relations in five cities on Java Island last year found that 10 percent of teenage non-smokers would have the tendency to smoke after seeing cigarette ads on the web. Most teenagers are exposed to cigarette ads on YouTube, websites, Instagram and online games.

About 17 percent of Indonesia’s 171 million internet users are aged between 13 and 18 years old, according to 2017 data from the Association of Indonesian Internet Providers.