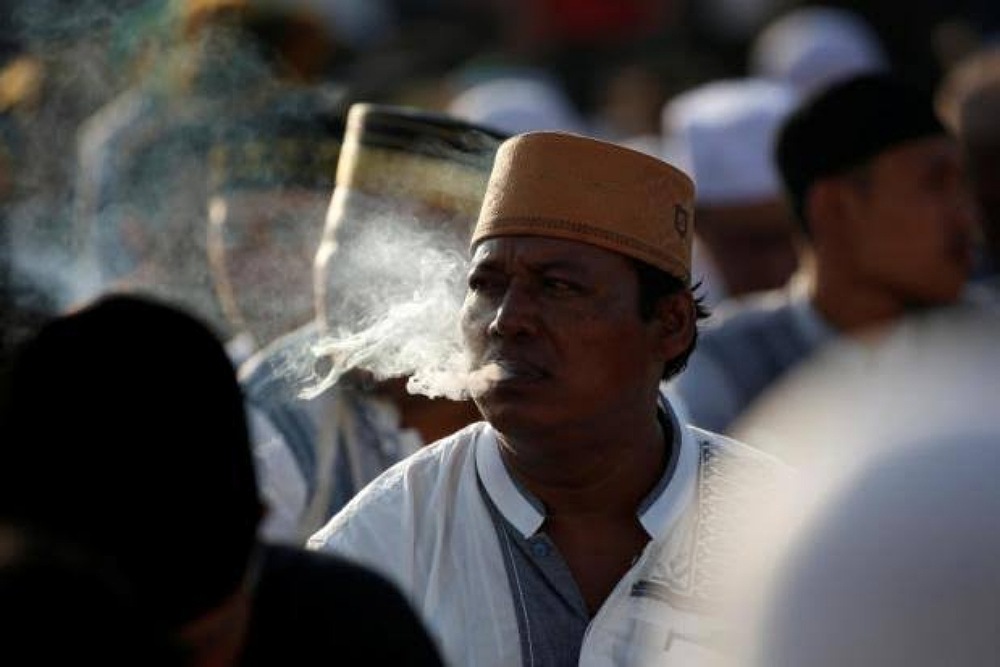 A man smokes cigarette as he attends morning prayers to celebrate Eid al-Fitr, marking the end of the holy fasting month of Ramadan, at Sunda Kelapa port in Jakarta on June 5, 2019.

JAKARTA: Indonesia, the world’s fourth biggest producer of cigarettes, will crack down on online tobacco advertisements in a bid to target youthful smokers, the communication minister said on Thursday.

Health groups say more teenagers are taking to smoking in Indonesia, which already has nationwide curbs on cigarette ads, including a ban on sponsors’ promotion of tobacco products, though it is not consistently enforced by regional authorities.

The minister said he had given orders for his team to block all online cigarette advertisements after the health minister sought the ban.

“Immediately after receiving the letter, Minister of Communication and Information Rudiantara gives direction to cull cigarette advertising content on the internet,” the ministry said in a statement.

“We hope by blocking cigarette advertisements on the internet we can reduce the smoking prevalence, especially among children,” Health Minister Nila Moelek said, according to the Jakarta Postnewspaper.

“Three out of four teenagers know about cigarette advertising from online media.”

Media in Indonesia, which is famed for its “kretek” or clove cigarettes, cited health survey data that showed the prevalence of smoking aged those aged 10 to 18 had increased to 9.1% last year from 7.2% in 2013.

About two-thirds of Indonesian men smoke tobacco daily, and more than 21% of boys between 13 and 15 smoked cigarettes regularly, the World Health Organization said in 2017.