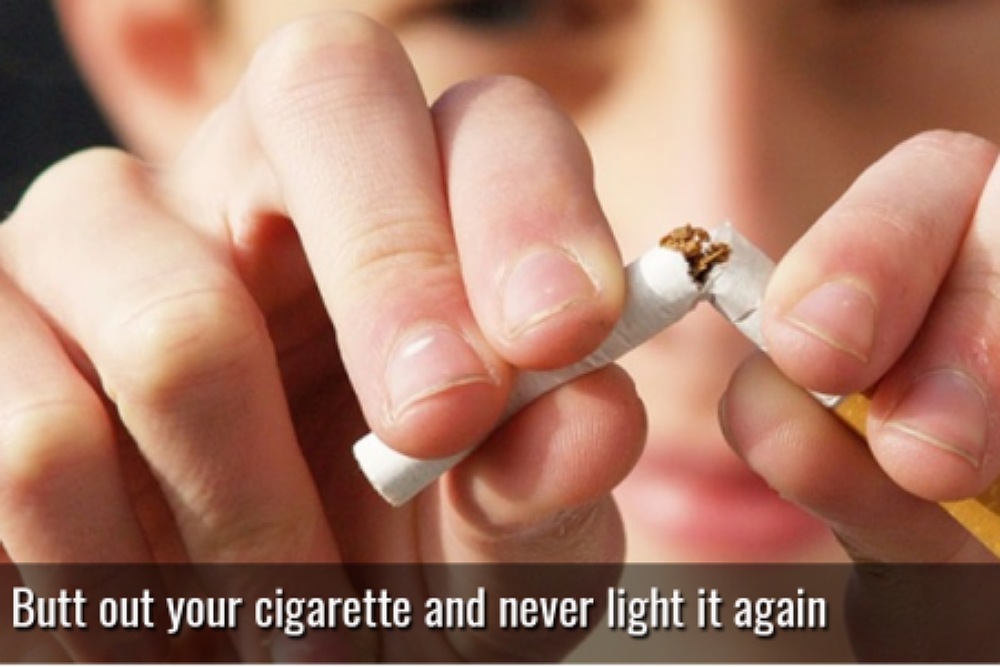 Once smokers understand why they need to quit, they can discover how to let go of cigarettes. There are countless ways for smokers to beat the nicotine addiction.

Robert Lengkong, 54, started smoking cigarettes when he entered college in his late teens. Many of his peers, including his roommate at his boarding house, were smokers.

“There was a notion that if you don’t smoke, you’re not manly,” he said.

As he got married and had a son, Robert continued his smoking habit, going through one or two packs of cigarettes a day. He mostly ignored his wife’s advice to stop or at least cut down on cigarettes. At home, he limited his daily cigarette consumption to three or four. But when he was out, he would have more.

“If I went out, she wouldn’t be able to control how much I light up,” said Robert. “You simply can’t stop a smoker.”

However, he eventually rethought his stubbornness as symptoms from the habit began to affect him. Robert, who caught dengue fever at that time, had to undergo an electrocardiogram (EKG), and the result showed that he had an irregular heart rhythm. His doctor suggested that he see a cardiologist.

Worried about his heart, Robert had his condition checked by another physician, who warned him in words he still remembers today: “Do you want to be healthy or die?”

His son was barely 6 months old, and so Robert began to realize what could happen if the worst happened to him as the family’s breadwinner. He couldn’t help but imagine his wife and son struggling to survive if he died.

From that moment on, Robert tried to quit smoking cold turkey. The first weeks were the hardest. Robert knew he had to stay away from smoking areas and avoided hanging out with his colleagues and friends who smoked. After work, he would go home straight away, where he could find support for his milestone effort to kick the habit.

Now, it has been 18 years since Robert quit smoking. “Now I can’t stand cigarette smoke,” he said.

Quitting cold turkey works for some smokers like Robert. “You can decide for yourself,” he said. “If you have a strong will, you can just quit.”

Another case in point is 23-year-old Murni Tyaningsih, who started smoking when she was in junior high school. She developed the habit from her father. Out of curiosity, she would steal a cigarette or two from her father and smoked them.

In high school, Murni moved out from her parents’ house into a boarding house, where she found more freedom to smoke. She would set aside money to buy herself cigarettes. She used to consume up to one pack a week.

At college, the number of cigarettes she consumed increased as she got along with more friends who also smoked. A pack of cigarettes lasted one to three days. Smoking also helped her with stress from school assignments or prolonged inactivity.

This continued until Murni realized that buying cigarettes was just throwing her money down the drain. It started to affect her health, too.

“I easily felt winded,” Murni said. “And when I was engaged in a physical activity, my body got tired quickly.”

Murni eventually decided to call it quits. At first, she struggled with withdrawal symptoms. To satisfy her craving, she would bite cigarette filters she had kept. She yearned for the familiar bittersweet taste.

“I think it was more like a habit for me,” Murni said.

Another challenge was when Murni hung out with her friends who still smoked. “Some of them appreciated my decision to quit smoking, so they would refrain from smoking when I was around,” she said.

Occasionally, she had to deal with moments in which she had to turn down offers from her friends to smoke.

“I had a strong determination to quit,” Murni said. “So I just took and lit the cigarette but I never actually inhaled the smoke.”

Whenever she felt she could no longer resist the withdrawal symptoms, she would leave the group altogether. After a month, her craving was gone and she could go on without smoking.

“Nicotine stimulates the production of adrenaline, so we get feelings of satisfaction, concentration and alertness,” said Eunike. “We feel happy when smoking, so we keep having some more.”

However, such a feeling comes at a price. Smoking can cause heart disease and lung illnesses.

Tar in tobacco cigarettes is actually more harmful than nicotine, Eunike notes. The toxic tar can lead to lung cancer, and cancer of the mouth and throat.

Secondhand smoke is equally dangerous. Adult passive smokers can develop lung cancer and heart disease. Babies and children are also vulnerable to the exposure of cigarette smoke and residues, which can cause asthma and bronchitis.

However, some people might not react positively to this. People who experience more distressing withdrawal symptoms during the early weeks of quitting can try to cut down on their smoking gradually and use nicotine replacements, like gum or inhalers.

If people smoke because they are overwhelmingly stressed, it is better for them to seek out a therapy, said Eunike. Support from others, physical exercise and meditation are also crucial to helping people stay on track in their mission to quit smoking.

Parents who want to persuade teens to quit smoking should start by talking about their addiction to cigarettes. Have two-way conversations to find a common ground and agree on the same solution to quit smoking. Lay out some rules to achieve the goal and let teens get involved in making those rules.

Smokers have to have a willingness and strong reason to quit smoking. But above all, the right mind-set will help smokers to quit. “We have to believe that we can stop smoking, change our mind-set,” Eunike said.