CAMPAIGN FOR TOBACCO-FREE KIDS: Campaign for Tobacco-Free Kids Honors Kellen Kruk of Lufkin, TX, As Youth Advocate of the Year 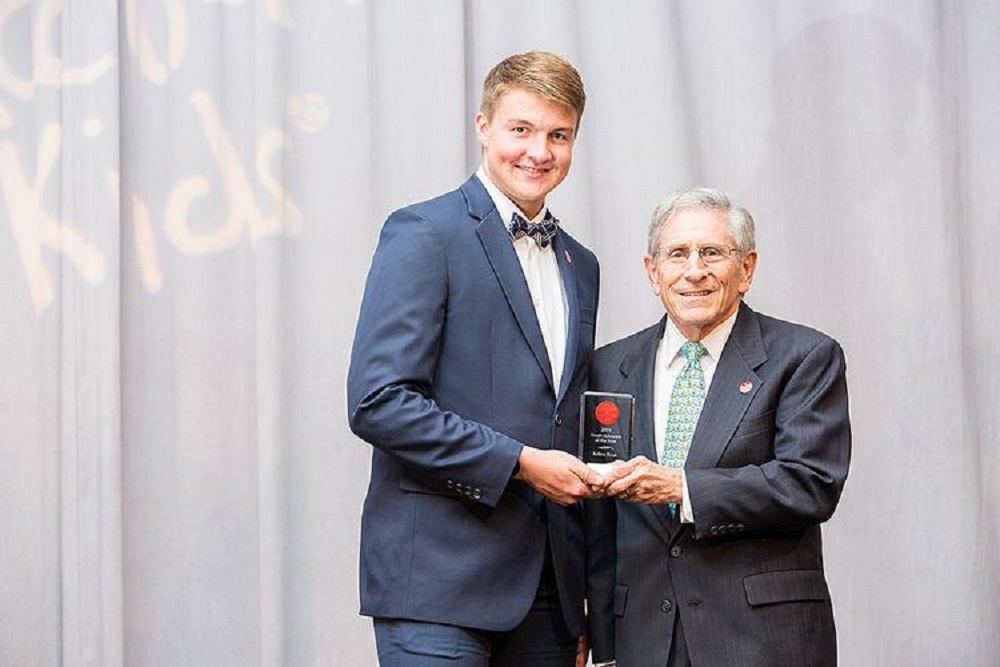 Campaign for Tobacco-Free Kids issued the following announcement on May 24.

Kellen Kruk, of Lufkin, TX, has been named a Youth Advocate of the Year by the Campaign for Tobacco-Free Kids. Kellen was honored for his leadership in the fight against tobacco last night in Washington, D.C.

Whether it's speaking at press conferences, testifying at committee hearings, conducting media interviews or meeting with local businesses, Kellen has been remarkably effective at communicating the public health benefits of enacting a Tobacco 21 law in Texas — a state where such legislation was considered a longshot not long ago, but was recently sent to Gov. Gregg Abbot for his signature.

"We are thrilled to honor Kellen Kruk as a Youth Advocate of the Year," said Matthew L. Myers, President of the Campaign for Tobacco-Free Kids. "Young leaders like Kellen are inspiring their peers to be tobacco-free by standing up to the tobacco industry – while also urging elected officials to take action to help create the first tobacco-free generation."

Tobacco use is the No. 1 cause of preventable death in the United States, killing over 480,000 Americans and costing the nation $170 billion in health care bills each year. Tobacco kills 7 million people worldwide each year.

In Texas, tobacco use claims 28,000 lives and costs $8.85 billion in health care bills each year. Currently, 7.4% of Texas'high school students smoke and 10.3% use e-cigarettes.