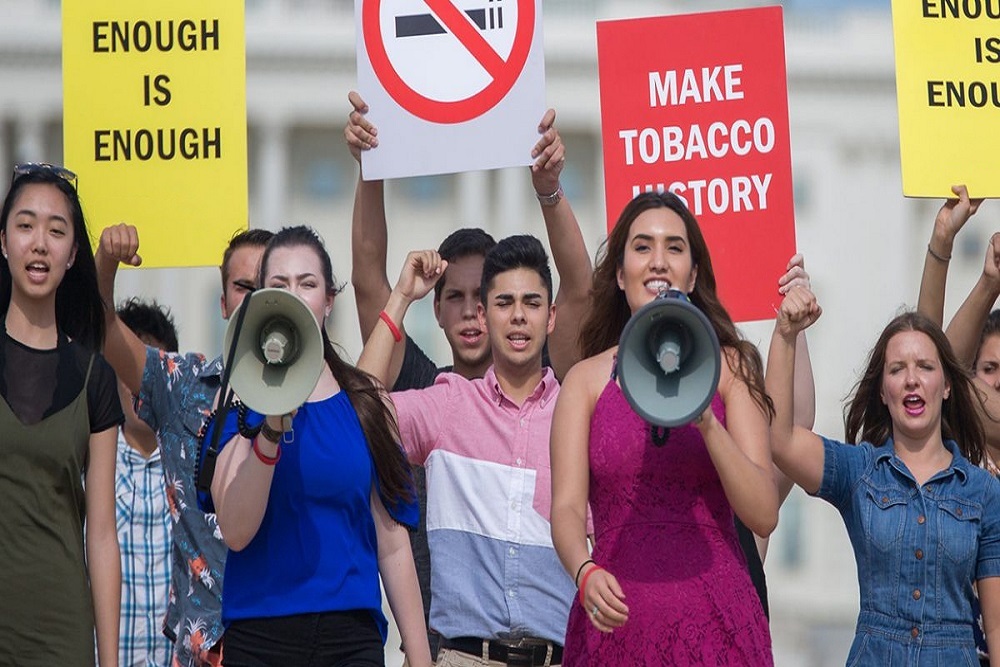 Campaign for Tobacco-Free Kids issued the following announcement on May 24.

Sarah Ryan, 18, of Holbrook, MA, has been named the Barrie Fiske National Youth Advocate of the Year by the Campaign for Tobacco-Free Kids. Sarah was honored for her leadership in the fight against tobacco last night in Washington, D.C.

Sarah has been a leading advocate for local and state policies to raise the tobacco age to 21, increase tobacco taxes, prohibit tobacco sales in pharmacies and curb the sale of flavored tobacco products. In addition to her local work, Sarah has become a national voice in tobacco prevention by speaking at the U.S. Surgeon General's press conference on the youth e-cigarette epidemic and publishing a letter to the editor in The New York Times advocating for a ban on flavored tobacco products, including flavored e-cigarettes and menthol cigarettes.

"We are thrilled to honor Sarah Ryan as the Barry Fiske National Youth Advocate of the Year," said Matthew L. Myers, President of the Campaign for Tobacco-Free Kids. "It is incredibly inspiring to see someone so young embrace the leadership and bravery required to take on the tobacco industry and influence elected officials. Sarah will continue to be leader in the fight for the first tobacco-free generation."

For the first time this year, the award is named after Barrie Fiske, a tireless champion for the right to breathe clean, smoke-free air and a longtime member of the Campaign for Tobacco-Free Kids Board of Directors.

Tobacco use is the No. 1 cause of preventable death in the United States, killing over 480,000 Americans and costing the nation $170 billion in health care bills each year. Tobacco kills 7 million people worldwide each year.

In Massachusetts, tobacco use claims 9,300 lives and costs over $4 billion in health care bills each year. Currently, 6.4% of Massachusetts' high school students smoke and 20.1% use e-cigarettes.