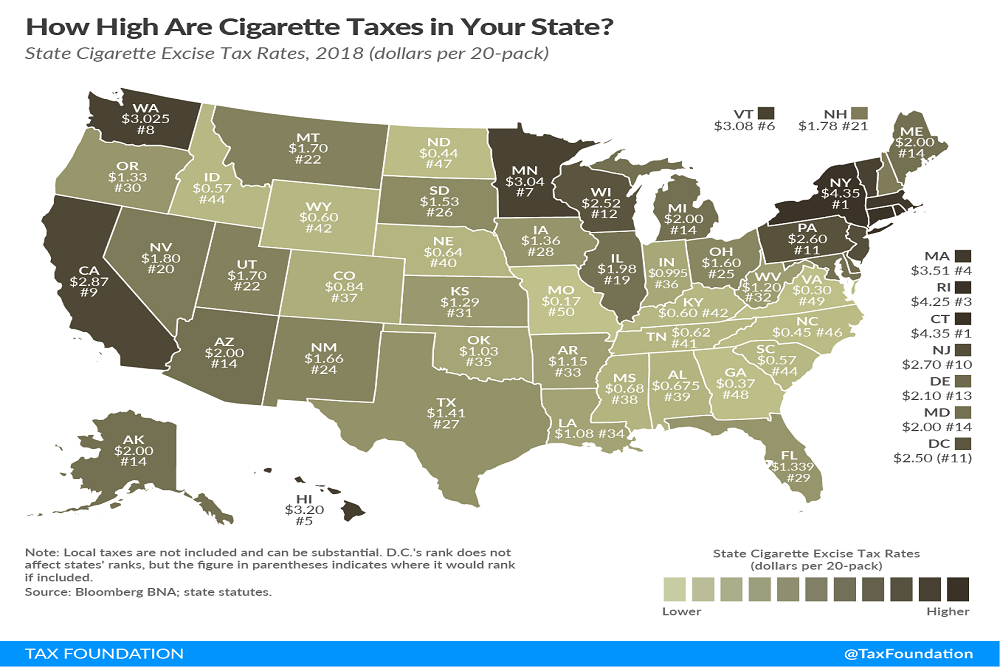 Cigarette excise taxes have been a part of state budgets for decades, but in recent years the reliance on these taxes has increased. Using data from Orzechowski & Walker’s Tax Burden on Tobacco, this web tool allows taxpayers to see how cigarette tax revenues have changed between 1955 and 2015.

A few patterns emerge across the states. For illustration, the tool defaults by looking at New York. The blue line is total tax revenue, and yellow lines show when a cigarette tax rate increase occurred. Hovering over a yellow line shows how the tax rate changed.

Across almost all states, tax rate hikes are met with a momentary bump in revenue, followed by a falloff in collections in future years. Clicking the inflation adjustment box shows how volatile this revenue is in real terms.

There are several causes for this revenue behavior. The first is that U.S. cigarette consumption per capita has been falling steadily since 1965, when the first report on smoking from the Surgeon General was released, and since the 1980s, less cigarettes have been sold in total. With less cigarettes sold, less tax revenue is collected.

The second reason is that in many states, when cigarette tax rates are increased sizably above neighboring states, consumers are inclined to buy their cigarettes elsewhere, and smugglers are inclined to buy cigarettes in low-tax jurisdictions to resell them in high tax jurisdictions for profit. Recent estimates show that over 50 percent of all cigarettes sold in New York are smuggled in from another location. This cross-border effect considerably lowers the productivity of cigarette taxes over time as well.

Because of the instability of cigarette tax revenue, policymakers and taxpayers should be skeptical of proposals to tie cigarette tax increases to the funding of continual government service provisions, as leaning on these revenues will invariably result in a budget crunch in future years.

Click here to see how high cigarette taxes are in your state. 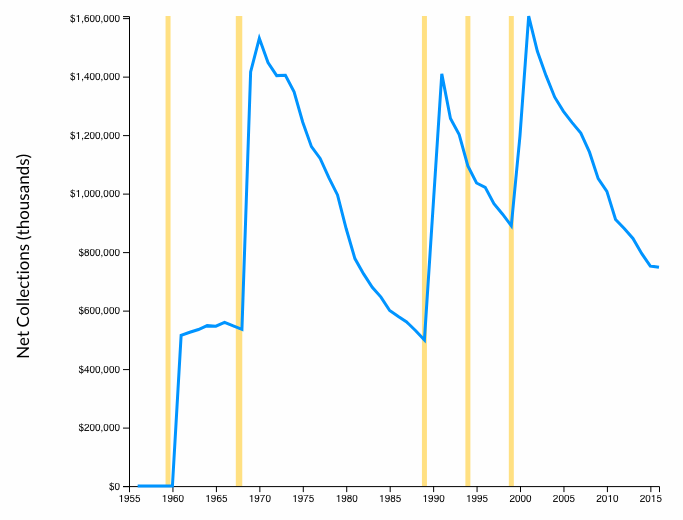